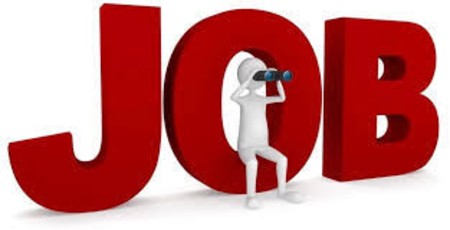 While it is true that there are limited job opportunities in Nigeria, a reality caused by several factors like the inability of the Federal government to put up infrastructural cum Industrial facilities to accommodate the ever increasing number of youths in the Country as well as the high numbers of graduates across our different types of Tertiary institution in the country. However this does not imply that there are no jobs at all in Nigeria. They may be limited; nevertheless if you can search the right platforms, you are bound to find a job that fits your portfolio. The internet through several online platforms  has created an avenue for many Nigerian youths to be gainfully employed as through the various online platforms that we have they have been able to seek various job opportunities, learn how to apply for these jobs, prepare for interviews ace these job interviews.

Each states in the country has certain jobs which are quite peculiar to them due to the economic outlook of the state, when you go to Lagos and you take a survey of the jobs in Lagos, you find out that there is a large chunk of information Communication Technology jobs that is IT jobs; lots of business owners both small and medium scale enterprise, civil servants jobs in Lagos, same applicable to Jobs in Abuja. There are states in Nigeria where they are predominantly a civil servant state. That is those States has a higher population of its citizens working for the Government.

By implication this implies that when you are searching for jobs in any State in Nigeria, it is quite important that you understand the job pattern of the particular state which you are residing. This when done will tailor your job search process, by helping streamlining it and remove the kinds of jobs that you may never find in your locality.

Rivers State in Nigeria is a typical example of States in Nigeria where you can get a high concentration of certain jobs due to their uniqueness and economic identity.

Rivers, state, southern Nigeria, comprising the Niger River delta on the Gulf of Guinea. It is bounded by the states of Anambra and Imo on the north, Abia and Akwa Ibom on the east, and Bayelsa and Delta on the west. Rivers state contains mangrove swamps, tropical rainforest, and many rivers.

Several Ijo fishing settlements in what is now Rivers—including Abonnema, Degema, Okrika, Bonny, Brass, Akassa, Nembe (Nimbi), and New Calabar—became important in the early 19th century because of their trade in slaves and later for the export of palm oil and palm kernels. Incorporated as part of the Oil Rivers Protectorate in 1885 and Niger Coast Protectorate in 1893, the area became part of the amalgamated British colony and protectorate of Nigeria in 1914. In 1976 some parts of the Ndoni territory in former Bendel state were added to Rivers state.

Fishing and farming are the principal occupations of the region. Plantains, bananas, cassava, oil palms, coconuts, rubber trees, raffia, and citrus fruits are grown. Large deposits of crude oil and natural gas in the Niger River delta are the state’s major mineral resources. Major oil terminals exist offshore from Brass and Bonny, and petroleum refineries have been established at Port Harcourt and nearby Alesa-Eleme. Port Harcourt, the state capital and one of the nation’s largest ports, is on the southern terminus of the eastern branch of the Nigerian Railway’s main line. Most industrial activity in the state is centered in Port Harcourt, which has become one of the nation’s leading industrial centers and is the site of a federal university, the University of Port Harcourt (founded 1975). Because the landscape is dominated by the networks of rivers and mangrove swamps, water serves as the principal means of transport through much of the western part of the state. Area – 8,436 square miles (21,850 square km). Pop. (2006)  5,185,400.

The state is famous for its vast reserves of crude oil and natural gas. It was perhaps the richest and most important section of the African zone of the British Empire. Rivers State has two major oil refineries, two major seaports, airports, and various industrial estates spread across the land. More than 60% of the country’s output of crude oil is produced in the state. Other natural resources found within its boundaries are silica sand, glass sand and clay.[

Rivers State has maintained its importance as a leading supplier of wealth to the nation for centuries. In 2007, the state ranked 2nd nationwide with a gross domestic product (GDP) of $21.07 billion and a per capita income of $3,965.

Prior to the discovery of oil in commercial quantity in 1951, Agriculture was the primary occupation of the people of Rivers State. Around the 19th century when the industrial revolution reached its peak in England, the area was then referred to as Oil Rivers Protectorate, this was due to its abundant palm oil and kernel which basically constituted the main revenue source of the country. In a sample survey carried out by the Federal Ministry of Agriculture and Natural Resources, about 40% of the rural inhabitants were committed to farming in 1983. Rivers State is one of the leading states in the production of yam, cassava, cocoyam, maize, rice and beans. About 39% (760,000 hectares) of the state’s total land mass, particularly in the upland area, is suitable for cultivation. Major cash crops produced are oil palm products, rubber, coconut, raffia palm and jute. Other crops grown for food include vegetables, melon, pineapples, mango, pepper, banana and plantain. The fishing industry is an important sector in Rivers State. Besides being lucrative, fishing is also a favorite past time activity. There are approximately 270 species of fish existing; with many artisanal fishermen in the riverine areas. The state provides valuable seafood such as crabs, oysters, shrimps and sea snails among others. Vertebrates like birds, mammals and reptiles are also found in the region.

By the implication of the aforementioned, the Agricultural sector serves as a major area which when exploited will definitely prove lucrative given the nature of the state.  Through mechanized farming, you can become a major distributor of various farm produce to other part of Nigeria. Under this we also have livestock farming

Transportation within Rivers State is mainly land and water-based. The industry has the Ministry of Transport as its chief regulating body. Apart from roads and waterways, there are functional airdromes that provide out-of-state transport. The sea ports contain harbors where ships can dock and transfer people or cargo to or from land. Taxicabs, buses and ferries dominate public transport. They are usually inexpensive and are often used for multi passenger pick-ups.

Seaports handle much more diversified import cargo activities than airports. The Port of Onne is one of the largest and busiest seaports in the country. Its mobile harbor cranes are one of the biggest in Africa, with a lifting capacity of 208 metric tonnes. Another important seaport is the Port of Port Harcourt. It was the second largest port in Nigeria in the 1950s. In 1954, it cleared about $54 million worth of imports and exports, while the shipping facilities at Calabar cleared $11 million worth of goods.

Given the great opportunities that comes with both the water ways and the road network of the state, the presence of an international airport in the state and a international seaport, business enthusiast can tap into this opportunity and exploit it by setting up transportation agencies which will to a very large extent prove lucrative as it is an everyday business which gives room for expansion as you will need to expand your business base at one point or the other providing that you manage the business well. Through this you become an employer of labor

Energy and especially electricity is a key factor for economic growth. Rivers State has one of the nation’s highest per capita energy consumption rates. As of 2012, it had a power generation capacity of 400 megawatts, a significant improvement over a meagre 30 megawatts during the late nineties. Its energy sector is protected by the government through legislation and funding. It is overseen by the ministries of Power, Energy and Natural Resources. The state’s oil-refining capacity is the biggest in the country, with more than 340,000 barrels of crude oil per day.

There’s a vast untapped potential in the state for solar power. Interest in solar energy has been increasing but not much has been invested. Up to now, energy production is insufficient to meet demand, resulting in frequent power outages, slow manufacturing and business performance.

The Marine world holds a myriad of job opportunities in Rivers State, Nigeria. This is one exciting field which offers employment to those searching for jobs in River State and this comes along with great remuneration, adventure and fun. Under the marine industry there are marine engineers whose job deals with the maintenance and repairs of ship’s machinery; naval architect whose job involves planning and designing of ships and sea going vessels; shipping brokers whose jobs deal with buying and selling of ships and shipping cargo; Bosun whose job falls under the deck of department of careers on ship; Oil Driller whose work is involved with drilling activities on oil rigs or offshore vessels. There are other jobs under the marine industry such as ordinary Seaman, ship fitter, tool pusher and Tug boats jobs.

These are very lucrative jobs in Rivers state Nigeria; however they require applicants to be qualified and well prepared for this job as they do not employed just an ordinary school leaver or graduate in Nigeria, you have to be qualified and trained for it. However there are also other remote jobs in Nigeria that you can do with ease with little or no qualification

Real Estate– there are plenty visitors who are expatriates from other countries and as well as people from other parts of Nigeria who will definitely need accommodation. Other are business men and woman who are looking for lands to start businesses in the state