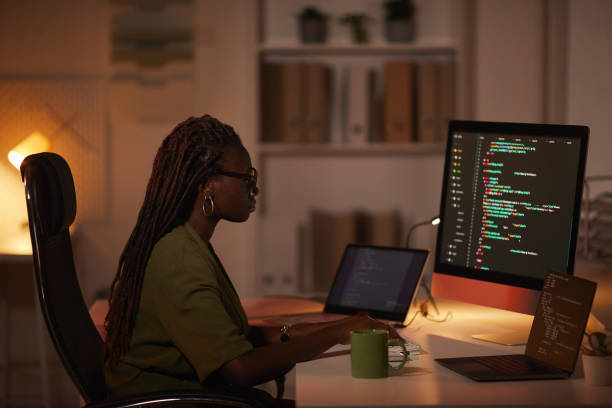 Technology is a rapidly evolving field, a career in software development can be very lucrative. According to a recent survey done by Computer Careers, software development was rated as the #1 career regarding salary and benefits. Talented employees were easily paid in the six-figure dollar ranges and enjoyed many perks like company shares, paid vacations, royalty fees, and other forms of compensation. However, it’s not as easy as it seems. Programmers and software developers must be thorough in their fundamentals, but at the same time, they should be open to new suggestions and innovative ideas which could revolutionize the industry. Nigeria is still growing in the technology world as in recent years due to the demand for software by various users and the need for software engineers by various tech companies and firms, so the need for software engineers has risen over the years and made this profession a very lucrative one.

A software developer must have a proper balance of technical skills and soft skills. They are not just responsible for creating the model and design for software, they also get to work with a lot of other stakeholders. As a hiring company, you want to ensure that you hire from an outsourcing firm that gives you the most talented and skilled software developers. The best chance for you is to hire from the #1 IT Recruitment Company in Nigeria.

Soft skills necessary for a developer include:

Problem Solving: This is the core of what a software developer does. He creates software and programs that solve people’s problems to make their lives better. They also must be able to tackle bugs or issues in software codes.

Teamwork: Even though most of their work is done alone, software developers don’t just shut themselves out from the outside world. They do team up with other developers and programmers to create a quality product for the end-user. Good communication and teamwork is a necessity for a software developer.

Analytical: A software developer must be able to solve problems by looking at the big picture and also at the smaller steps at the same time. They have to always figure out the fastest, easiest and most efficient way to solve problems.

Software development outsourcing has played a huge role in the growing tech revolution in Nigeria. A lot of beginners and amateur software developers are being trained to expertise, and are outsourced to businesses and corporations. This has the effect of improving the lives of the software developers financially and their expertise when they handle the latest challenges in software development. It also guarantees access to profitable connections. Consequently, this will attract more Nigerian youths into software development, leading to Nigeria’s growing global reputation as the best pool of tech talents in Africa.

The tech revolution is at its cradle in Nigeria, however, in other nations of the world, they have advanced so much in the latest tech innovations. Software developer outsourcing launches the Nigerian tech space into positioning itself for relevance in the coming future of tech. Also, the training and outsourcing of software developers have set precedence for all other aspects of emerging tech niches such as Blockchain Technology, Cloud Computing, Internet of Things, and the recently announced Metaverse Alternate Reality.

Nigerians’ technical talent space is giving themselves a new identity. Local demand and competition will be one of the major defining factors in the future of the industry. Another major issue in the sector is the export of locally trained developers abroad. The developers who have been trained in the last 5 years developed their skills and were able to secure jobs in Germany, Canada and other countries. The migration of these resources has an impact on the quality of talent in Nigeria. The huge challenge here is how the sector can create and grow tech talents that will meet local demands.

Apart from the global talent competition, new types of jobs and work formats are important factors that will define the future of the sector. Emerging technologies such as artificial intelligence, and blockchain implies that new skills will be added. For example, the need for data scientists brought about the existence of local start-ups that focus on training Nigerians in those skills, and soon after, outsource them to organizations that need their services.

As the industry experiences the entrance of new products and services, there will be more need for more technical support engineers, to maintain and solve technical issues with products and to serve customers. Even though the software development talent landscape in Nigeria has made significant progress in the last two decades, its future will be greatly defined by the global competition for talent, demand for new skills, policy support and infrastructure development.