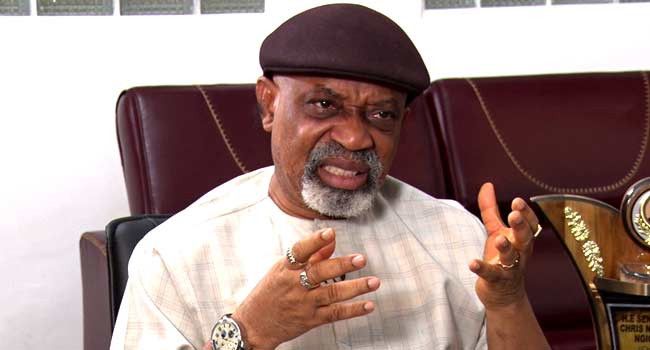 Unemployment rate in Nigeria to reach 33.5 percent by 2020

The Federal Government has said the Nigeria unemployment rate will reach 33.5 per cent by 2020.

NAN reports that Sen. Chris Ngige, Minister of Labour and Employment, said this while declaring open a two-day workshop on “Breaking the Resilience of High Unemployment Rate in the Country”, on Thursday in Abuja.

He said that the incessant increase of unemployment rate in the country was alarming.

According to him, the high unemployment rate of 23.1 per cent, and underemployment of 16.6 per cent by the National Bureau Statistics (NBS) of 2019 report was alarming.

“It is a worrisome status as the global poverty capital (World Bank, 2018); and concomitant high prevalence rate of crimes and criminality, including mass murders, insurgency, militancy, armed robbery, kidnappings and drug abuse, among others.

“As if this situation is not scary enough, it is projected that the unemployment rate for this country will reach 33.5 per cent by 2020, with consequences that are better imagined, if the trend is not urgently reversed.

“It is a thing of joy to note that Nigeria has not been resting on her oars over the years in terms of dedicated efforts to curb the unemployment problem,” he said.

The minister also said that available records showed that between 1972 to date, about 14 different programmes have been implemented.

He said that these programmes included the National Accelerated Food Production Programme (NAFPP), implemented between 1972 and 1973.

He said others were the current National Social Investment Programme (NSIP) which hasn’t been ongoing since 2017, embedded in the National Economic Recovery and Growth Plan (ERGP) 2017-2020.

He noted that yet, the unemployment rate and poverty levels are on steady paths of growth, indicating high resilience against the intervention efforts.

The minister wondered why some of the intervention efforts were not yielding expected results.

“What is government and other stakeholders not doing right?

“What changes are needed in the policies, plans and strategies?

“What action areas need priority attention? What roles should different stakeholders play and what other options are not being exploited?

“Why do we employ expatriates for jobs Nigerians can do or why can´t Nigerians do these jobs? Why do we have deficits in housing, water, sanitation, food, entertainment facilities, health care, and education, among others?

“How do we deploy our population of productive age to fill the skills gaps needed for our national development?

“How do we break the resilience of high unemployment rate in the country?’’

He said that these are some of the questions that triggered new thoughts and concepts that led to series of activities that preceded the workshop.

Ngige said that the workshop was aimed at presenting the outcome of some of government efforts and the commencement of another phase of the processes.

He, however, called for a collaborative mechanism that would yield desired results while assuring that the recommendations from the workshop would receive prompt and sustained attention.

Mr William Alo, Permanent Secretary, Ministry of Labour and Employment, said the workshop was aimed at examining issues around the persistent high unemployment rate in Nigeria.

Also said this was with a view to making concrete recommendations on how to tackle the menace.

“However, the fact remains that the consequences of high unemployment rate in Nigeria affect each and every one of us as individuals and as members of the Nigerian society.

“The objectives of this workshop are, therefore, to present the findings of the survey on how to break the Resilience of High Unemployment Rate in Nigeria to the peer community.

“To stimulate actions towards exploiting untapped available options for massive job creations; to chart way forward on immediate next steps that would yield measurable results”.

If you are worried about getting a job, or you are actively searching for a job, you can check out our job in Nigeria platform.